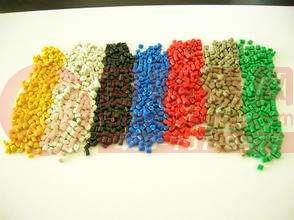 (2) Thermal cracking The pyrolysis method is a method of burning the selected waste plastics by thermal cracking to obtain a burning oil and a fuel gas.

(5) Others, in addition to the above-mentioned recycling method of waste plastics, there are various methods for utilizing waste plastics, such as crushing waste polystyrene foam into the soil to improve soil water retention, air permeability and drainage. Or as a filler, mixed with cement to make lightweight concrete, or added with a binder to form a mat material.

The recycling of plastics and the treatment of plastic solid wastes using petroleum and coal as raw materials to produce plastics to replace natural polymer materials has experienced a difficult journey. A whole generation of outstanding chemists have achieved excellent physical and chemical properties for plastics. The hard work of the characteristics and durability. Plastics have replaced a large number of traditional packaging materials with its light weight, durability, aesthetics and low price, which has contributed to a revolution in the packaging industry. However, it is expected that it is precisely these excellent properties of plastics that produce a large amount of durable and non-corrosive plastic waste. Plastic packaging that has been discarded in large quantities after use has become a major hazard to the environment. The main reason is that these plastic garbage is difficult to handle and cannot be decomposed and turned into dust. In the existing municipal solid waste, the proportion of plastics has reached 15%-20%, and most of them are disposable plastic packaging products. The disposal of plastic waste is not only a problem in the plastics industry, but has now become a widespread concern of the international community.

In the treatment of urban plastic solid waste, three methods of landfill, incineration and recycling are currently used. Due to different national conditions, countries vary. The United States is mainly landfill, and Europe and Japan are mainly based on incineration. Due to the landfill treatment, the plastic products are generally light and not easy to rot, which will result in the landfill becoming a soft foundation and will be difficult to use in the future. Incineration treatment, because the plastic generates a large amount of heat, it is easy to damage the furnace, and the gas generated after incineration will promote the warming of the earth. Some plastics will release harmful gases and pollute the atmosphere when incinerated. Adopting the method of recycling and reuse, due to labor consumption, high recycling cost, and lack of corresponding recycling channels, the world recycling and recycling only accounts for about 15% of the total plastic consumption. However, due to the limited world oil resources, from the perspective of saving the earth's resources, the recycling of plastics is of great significance. To this end, all countries in the world have invested a lot of manpower and material resources to develop various key technologies for the recycling of waste plastics, and are working to reduce the cost of recycling and recycling plastics.

Most of the plastics are made from petroleum. The main component is hydrocarbons, which can be burned. For example, polystyrene burns more heat than dye oil. Some experts believe that the plastic waste can be sent to the incinerator for combustion, which can provide heat for heating or power generation. Because 86% of the petroleum dyes are directly burned, only 4% of them are made of plastic products. When the plastics are used up, they are sent to the heat. It is normal to burn off. The use of heat is one of the last methods of plastic recycling. It should not be underestimated. But many environmental groups are opposed to burning plastics. They believe that the incineration method will burn all the messy chemicals and produce toxic gases. For example, half of the PVC component is chlorine, and the chlorine gas emitted during combustion has a strong erosion and destructive power, and is the culprit causing evil.

At present, there are 200,000 tons of PVC waste in Germany every year, 30% of which are burned in the incinerator, which is very popular and the law has to formulate countermeasures. The German Federal Environment Agency has stipulated that all incinerators must meet the limit of less than 0.1 ng per nanometer of exhaust gas. Although the air pollution standards of incinerators in Germany are already recognized as high standards in the world, they still do not dare to say that the combustion method will not release harmful substances due to mechanical failures. Therefore, it is foreseeable that environmental groups in various countries will vigorously oppose the incineration method to recover heat.

Second, the classification and recovery method

As a plastic recycling, the most important thing is to classify. Common plastics are polystyrene, polypropylene, low density polyethylene, high density polyethylene, polycarbonate, polyvinyl chloride, polyamide, polyurethane, etc. The difference between these plastics is difficult to distinguish. Most of the current plastic classification work is done manually. Recently, there has been a new research progress in machine classification. A German chemical technology association invented the use of infrared rays to identify categories, which are both fast and accurate, but with high sorting costs.

Researchers began to try to extract the chemical components of the plastic for reuse. The process used is to cut off the long chain of the polymer and restore its original properties. The cracked material can be used to make new plastics. Some methods involve the chemical cracking of the combined carbon atoms by the addition of chemical elements, or the addition of energy to cause their thermal cracking.

Bayer AG has developed a hydrolyzed chemical reduction method to crack PUC sponge mats. Tests have shown that chemical reduction is technically feasible, but it can only be used to treat clean plastics, such as corner powders and other plastic waste produced during manufacturing. Plastics contaminated with other contaminants used in the home are difficult to treat by chemical decomposition. The application of this reduction method will not use the hydrolysis method to treat waste in the 21st century. Some new chemical decomposition methods are still in the process of research, and Ford Motor Company of the United States is currently applying ester hydrolysis to the treatment of automotive waste plastic parts.

The US-based Rendezvous Institute of Technology has developed a solution that decomposes plastic waste, heating this patent-pending solution with six different types of plastics that are mixed together. Six different polymers can be extracted separately at different temperatures. In the experiment, the polystyrene plastic chips and related solutions were mixed into a dissolved state at room temperature, sent to a sealed container for heating, and then sent to a lower pressure "flash chamber", and the solution evaporates quickly ( Recycling is done again, and the rest is pure polystyrene that can be reused.

It is said that the purification unit used in the study can purify 1 kg of polymer per hour. The New York State Government and Niagara Mohawk Power Company are planning to team up to build a small pilot plant. Investors claim that after the plant is completed, 4 tons of polymer raw materials can be recovered per hour. Its cost is only 30% of the raw materials produced, and it has very obvious commercial value.

Many experts believe that hydrogenation can be used to treat mixed plastic products. The mixed plastic chips are placed in a hydrogen reactor and subjected to a specific temperature and pressure to produce raw materials such as synthetic crude oil and gas. This treatment can be used to treat polyvinyl chloride waste, which has the advantage of not producing toxic dioxins and chlorine. In this way, mixed plastic articles are processed, and 60%-80&gt; of the components can be refined into synthetic crude oil according to different plastic components. In a joint research report, three chemical companies such as BASF in Germany pointed out that hydrogenation is the best way of pyrolysis, and the synthesized crude oil is good in quality and can be used for refining.

The University of Kentucky in Lexington in the United States invented a process for converting waste plastics into high-quality plastic fuel oil. The fuel produced in this way is much like crude oil, even lighter than crude oil, and easier to refine into high-octane fuel oil. This fuel oil produced from waste plastics contains no sulfur and contains very little impurities. The plastic is liquefied with coal in a similar manner. It can also produce high quality fuel oil.

The researchers mixed various plastics and zeolite catalysts, tetrahydronaphthalene, etc. in a shower, and placed them in a reactor called a "pipe bomb", pressurized with hydrogen and heated to promote macromolecular plastics. Decomposed into smaller molecular weight compounds, this process is similar to the combination in crude oil processing. After the treatment of waste plastics, the oil production rate is very high, and the oil yield of polyethylene plastic bottles can reach 88%. When waste plastics and coal are mixed and liquefied in a ratio of approximately 1:1, a higher quality fuel oil can be obtained. After evaluating the economic benefits of this process, it is expected that the production of fuel oil from waste plastics will become entwined in 5-10 years with blast furnace benefits. At present, Germany has begun to build a reactor for the hope of a daily production of 200t plastic fuel in Botepu.

The research and development department considers the need for recycling and dismantling when designing products. The materials that are suitable for recycling in the United States are not focused on which plastics should be used for individual parts, but the materials that can be widely used. This is a revolutionary change in conception.

In order to facilitate recycling, designers began to avoid the use of a variety of plastics in the design of products, the United States BMW is preparing to reduce the number of plastics in its new car design by 40%, in order to facilitate the recycling of waste plastics. The reason why the automobile industry reduces the types of plastics used and considers the addition of design is mainly to expect to win the good image of environmental protection and be appreciated by consumers. At present, this design concept is gradually infecting the entire plastics processing industry.

To this end, experts recommend the development of recycling standards, stipulate that special industries can only use the specified materials, otherwise it is impossible to control effective recycling, the electronics and automotive industries have begun to develop such standards.

The world's electrical and electronic market has drawn attention to the recycling of waste plastics. International Business Machines (IBM) has begun to label plastic parts for computer and business machines, and is developing reusable plastic electronic components and simplified disassembly equipment. The structure of the product is also considered to eliminate the surface coloration of the components, and the amount of external binder used to control the plastic additives is reduced by the use of recycled process parts and additional parts.

The recycling of discarded auto parts has also made great progress. Many countries are recyclable and easy to recycle as a prerequisite for the selection and design of automotive plastic parts. Some countries have